With over 30 years of IT and music industry experience, Damien brings his vast network and business skills to the table to expand and grow Blue Vault’s roster of artists and labels globally. Damien’s specialist skill is the ability to integrate practical internet-based communication systems into businesses and develop new markets.

In 2011, under his leadership, Blue Vault expanded its offices in the USA, UK, Canada and France. Blue Vault represents over 10,000 artists and over 400 labels that are distributed or managed in full by the Blue Vault digital distribution systems. The company has a constantly expanding film, TV, cable and advertising division that now completes hundreds of license sales every month.

Damien has built systems for Fortune 500 companies and top 1000 ASX listed companies. His vast and deep knowledge of the digital entertainment industry, and the many applications that he has developed and designed both provide Blue Vault Digital with the ability to adapt and change to new market conditions and challenges in very short timeframes. This allows the company to be able to capitalise on market conditions and provide market-leading leverage to the firm’s clients.

Damien is responsible for the development and evolution of the company software library. Damien works with the technical team and the company’s global network of software developers to constantly refine and integrate the user experiences into new versions of the Blue Vault Digital Software. As Damien says, “ask the market enough questions and it will tell you what it wants, then you can build the systems to capitalise on the information.”

Colin graduated in law from Monash University and then became actively involved in the music and media industry for the last 25 years. He was Corporate Counsel and head of legal and business for Polygram Australia (now Universal Music) overseeing the group’s legal work for the recording, home video and publishing divisions. In addition, he managed the catalogues of local and international copyrights, trademarks and related deal negotiations with licensors and other media groups such as TV and radio networks.

He founded Abilong in 1996 to advise commercial ventures of all kinds on how best to secure the maximum benefit from their creative effort and intellectual property. Abilong provides commercial advice to a wide range of enterprises and creatives. Clients have included TV program developers, major entertainment events, technology start-ups and Apple computers (securing the music used to support the iPod’s launch into Asia). The company consulted to large UK arena events to create IP matrix analysis and commercialisation plans and provides expert witness services to litigation, such as the highly publicised “Men at Work/Kookaburra” copyright case.

He co-authored the first edition of the Australian music industry’s standard text “Music Business” (now in its third edition) and lectures graduate and post-graduate courses at various institutions, including University of New South Wales College of Fine Arts and the Australian Institute of Music. Here he teaches commercial and business management subjects, focusing on media, licensing, commercial strategies, tax and venture structuring. He was on the Australian Record Industry Association’s Copyright Committee and was a member of the of The Law Society of New South Wales’ Ethics Committee for four years.

Through this work, Colin has built close relations with a range of US and UK law firms and has developed a niche business creating and overseeing filing by patent attorneys of business system patents, and a global network of media contacts and associates across television, new media and record companies.

As Blue Vault Digital’s Director of Corporate Affairs, Colin works with the board to protect Blue Vault’s catalogue worldwide and ensures best practice corporate governance at all times. A non-stop powerhouse of life and energy, with a great sense of humour, we are honoured to have Colin on the Blue Vault team.

When it comes to song writing Craig Fraser has a great talent for adding the colour, the twist or the quirkiness, which can transform a basic song into a memorable tune that will prick up a listener’s ear and become firmly entrenched in their mind.

Maybe it was a combination of banjo and bagpipe-playing grandparents, opera singing parents, or just the fact that nobody quite sees the world as Craig does. But Chris Spencer, author of ‘Who’s Who of Australian Rock’ sums it up best with, “Fraser’s high standard of song writing means he’s able to write songs that range from ballads to high energy freak-outs.”

Having played the piano for more than 30 years Craig has dabbled in everything from rock and punk through to country – the list goes on! But his true passion is writing and with a vast library of lyrics and melodies Craig is constantly recording and collaborating.

Joining the Blue Pie team is a natural progression for Craig, enabling him to share his talents with the awesome Blue Pie artist roster and create those memorable tunes, jingles, three-part epics or anything else in between you might need.

Craig works with Damien Reilly and the global team at Blue Pie to help add music and creativity to the Blue Vault Digital presentations and media. Craig is dedicated to developing new ways to have music sell your brand. We are honoured to have Craig on the team. We look forward to many long years of success with Craig. For more information on Craig you can visit his website at www.craigfraserband.com 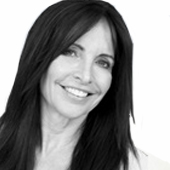 Naomi Krell began her career in the music industry at 18 working for a UK independent music company, and within a short period of time, she found herself head of the export department. After a quick few years, Naomi started Avanti Records, which had become one of the largest UK export distribution companies servicing both Europe and Scandinavia.

The company was sold in the late ’80s to one of her customers Telstar Records, a leading UK TV advertising company at the time. Following the sale, Naomi moved to the US in the early ’90s and founded Avant Garde Merchandising, a music distribution company distributing to all major US retailers. While working with Walmart, her largest client at the time, she helped design and introduce their Canadian budget music program.

In 2006, Naomi founded Kings Road Multimedia with offices based in London and Los Angeles. Under her direction Kings Road Multimedia developed its own re-issue label for distribution. Kings Road titles have been distributed to major retailers in the US and Europe, including Walmart, Borders, Barnes and Nobel, Tower, HMV and mail order. Kings Road began creating custom packages for brands in all genres of music. Quickly becoming known for its creative and beautiful packages, Kings was commissioned by music labels to add to their repertoire. For example, a jazz line for Wagram in France and a country line for Publishers clearing house in the US, along with individual titles for TV direct response companies.

In response to the new digital world of music distribution, Naomi and the Kings Road team developed a unique platform at www.lovemydownload.com. Love My Download delivers branded digital rewards, music, eBook and film that offer a perceived, high-value loyalty product. The product has been used successfully for incentive, referral, loyalty and other brand marketing campaigns and programs. The platform’s success is due to its customisation and sensory memory impact. In a short period of time Kings Road Multimedia has worked with big brand names such as Kimberly Clark, The Hilton Group, Radio Times, Milestone hotels, City National Bank, Vodafone, Johnson and Johnson, M&Ms, Daily Mail Rewards, and Airlines such as Etihad and KLM.

Naomi’s philosophy on business is all about lifelong relationships, building together with a free exchange of ideas and success. Sales is all about listening to the needs of the customer and if you don’t do it yet, create it! Her mother’s mantra was, “there is no such word as can’t”. This has stuck with her always. Naomi and Kings Road Multimedia team work with the DJ Central board to commercialise and expand the Blue Vault Digital music catalogue.